The Lab 3-3 malware that is to be analyized using basic dynamic analysis techniques is:

Before performing analysis of this malware, my lab environment was setup to have an ubuntu vm with wireshark and inetsim running along with a Windows XP vm running:

The two vms were on an internal only network setup so they could see each other on the network but could not communicate with anything else.

Snapshots were taken in this ready state to allow for quick revert / retry if necessary.

What do you notice when monitoring this malware with Process Explorer?

Can you identify any live memory modifications?

Comparing the strings of svchost.exe in memory and on disk with Process Explorer reveals some significant differences. The on disk version contains usual function names. Nothing out of the ordinary. However, viewing the executable’s strings in memory reveals: 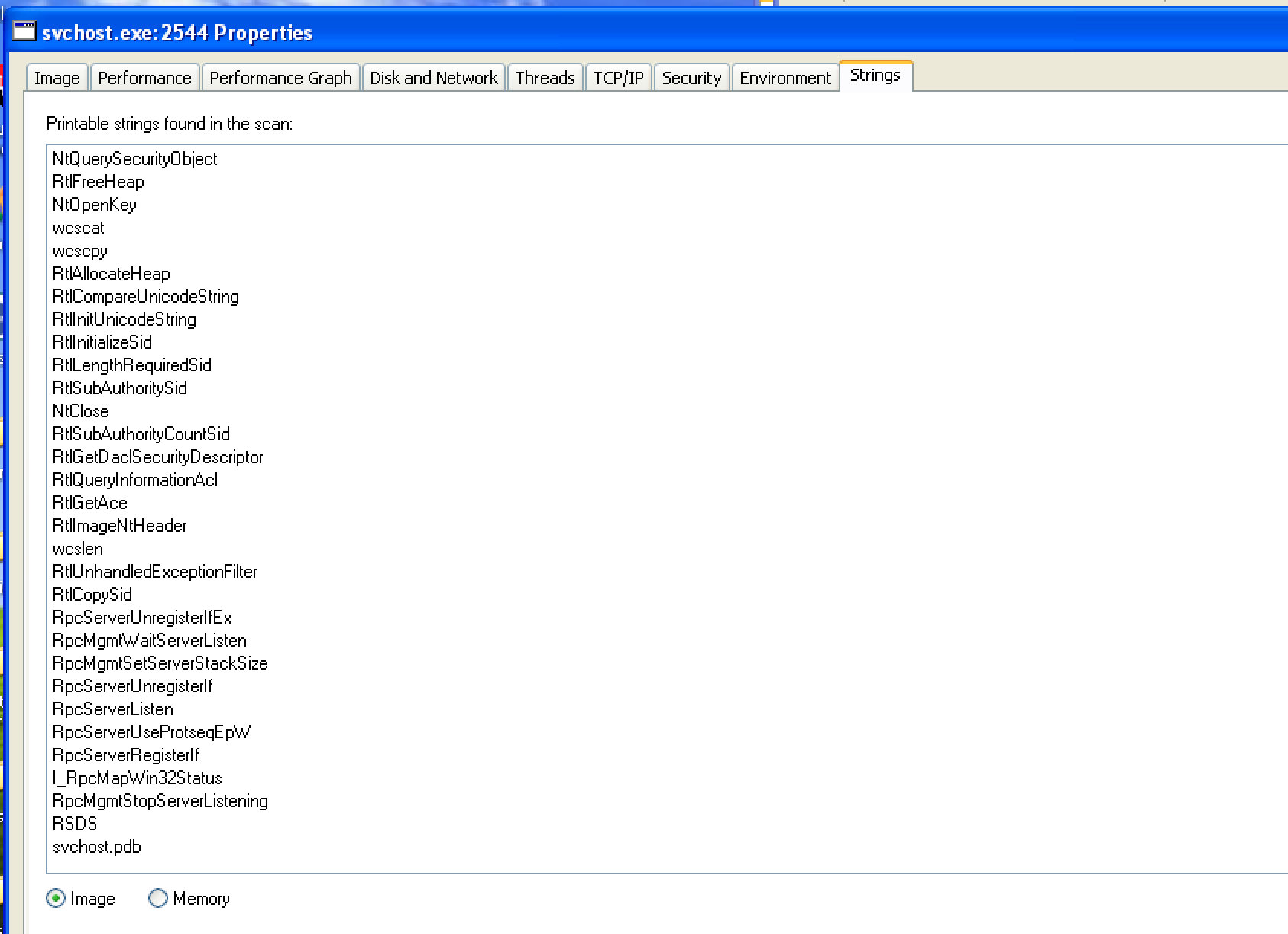 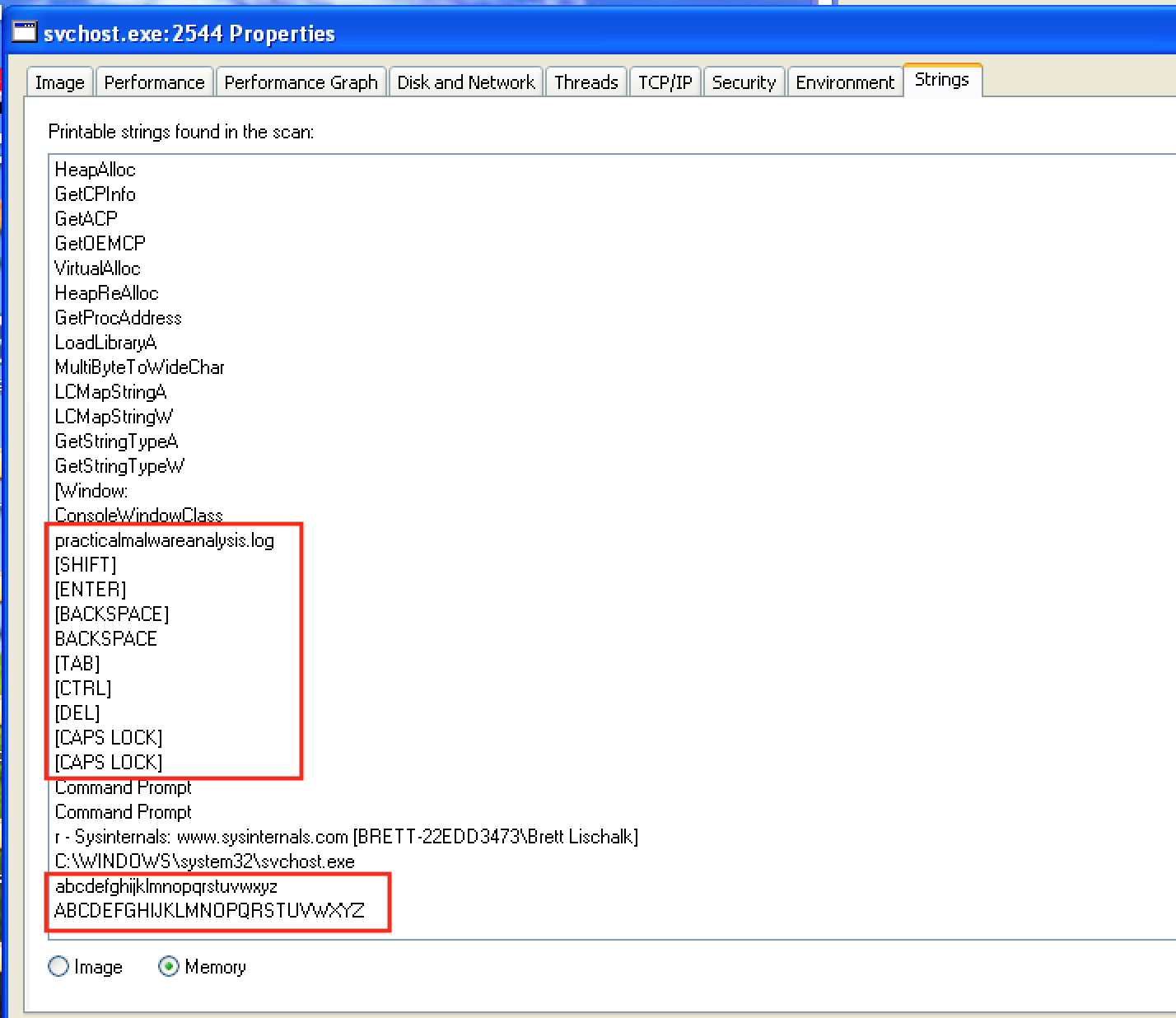 What are the malware’s host-based indicators?

What is the purpose of this program?

This program is a keylogger that logs keystrokes to practicalmalwareanalysis.log.