This is my analysis of the malware for Lab03-01 from the Practical Malware Analysis book exercises.

The Lab 3-1 malware that is to be analyized using basic dynamic analysis techniques consists of the file Lab03-01.exe.

What Are This Malware’s Imports and Strings?

Using PEView we can look at what imports the executable leverages. In doing so we see that there is not much: 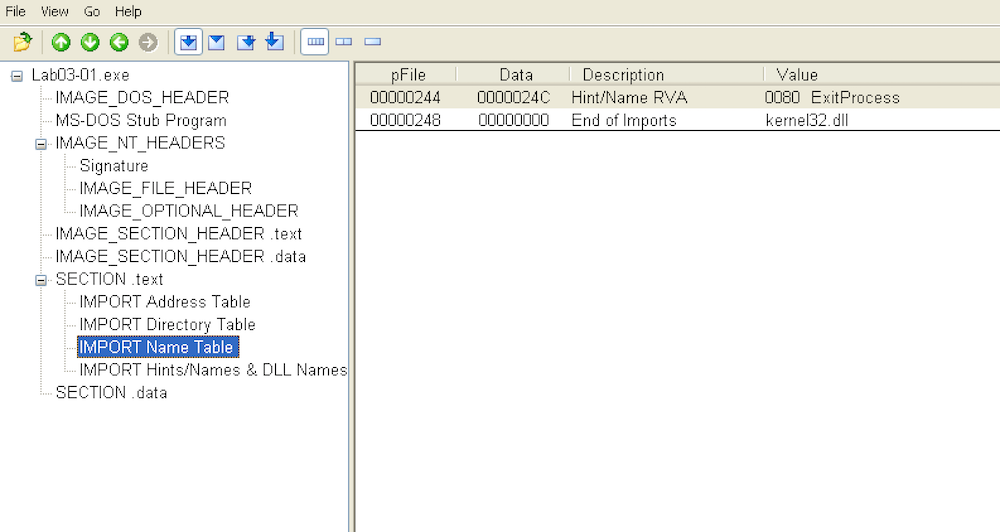 The only import that seems to be used is ExitProcess from kernel32.

Opening the executable in IDA Pro reveals the same: 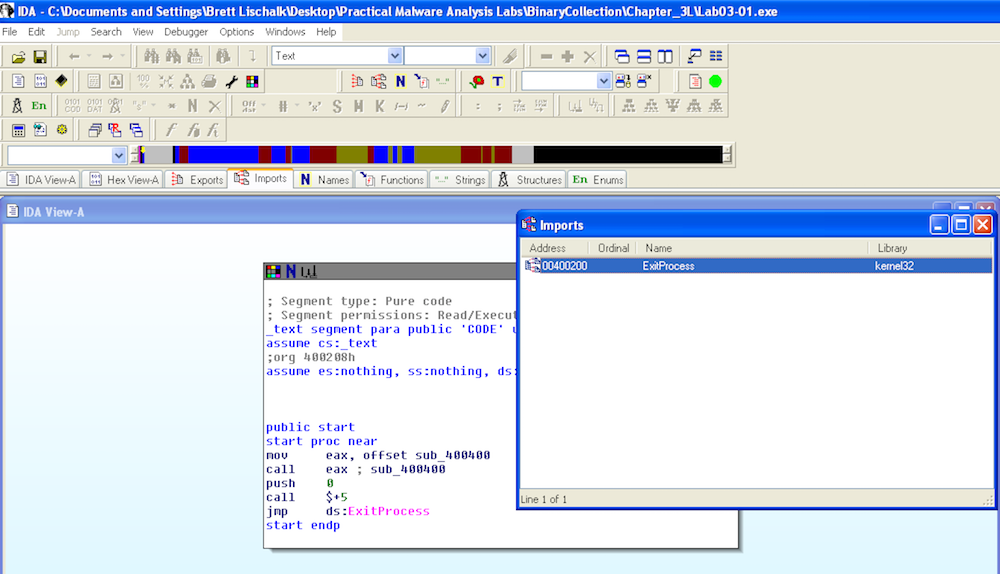 This would seem to indicate that the file is packed. Our next step is to look at the strings.

Running on strings on the Lab03-01.exe reveals the following:

Basic Dynamic Analysis begins with a bit of setup. We:

Within ApateDNS it is aparant that an attempt is made by the malware to reachout to www.practicalmalware.com. This is consistent with what was expected based on what was seen while analyzing the strings that are utilized by the malware. 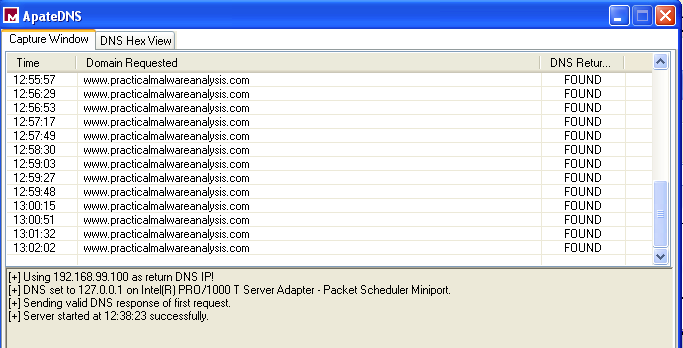 Within Process Explorer we look for a couple things. We first notice that the malware creates a mutex called WinVMX32: 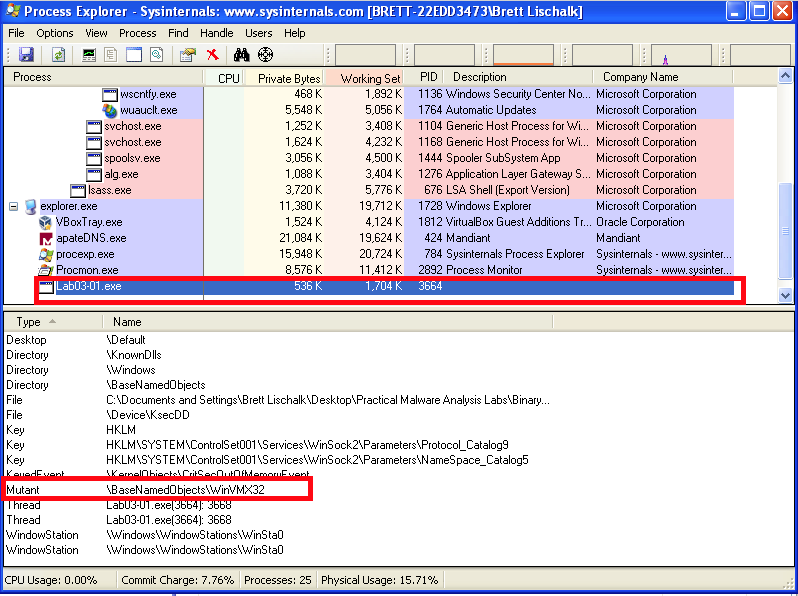 Malware often creates mutexes to prevent multiple instances of the malware from attempting to infect the same macine. If an instance of the malware is unable to obtain a handle to the named mutex, then the malware will exit. The existence of a particular named mutex can be used as a host based indicator that a host is infected.

The next thing that can be analyzed is the dll's. Looking at the listing of dll’s that the malware includes at runtime, we can see:

ws2_32.cll is the socket library used for dealing with network connections. wshtcp_ip.dll, according to the properties, indicates that it is a “Windows Sockets Helper DLL”. The presence of socket dll’s indicates network activity which we already verified by the DNS request that the malware made.

Filtering Process Monitor to focus in on the Lab03-01.exe process and the operations RegSetValue and WriteFile, it can be seen that the malware modifies a registry entry and creates a file on the filesystem.

Looking at the properties of the registry modification in Processes Explorer we can see that an executable vmx32to64.exe is set to run on startup. This is the file that is written to the filesystem by the malware. 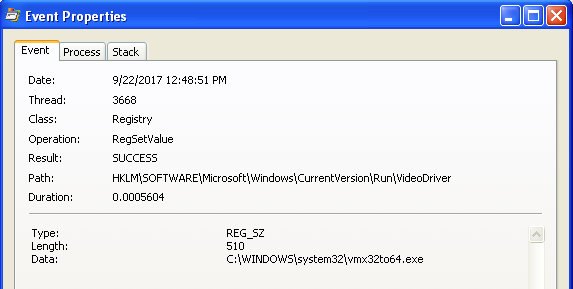 Looking at the properties of the WriteFile operation we can see that 7,168 bytes were written to the file system. This is the same size as Lab03-01.exe. 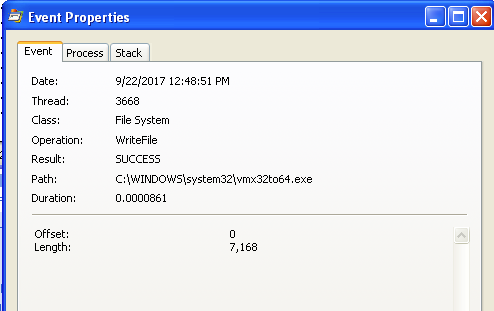 If we look at the checksum’s of both files we can see that they are in fact the same file:

Observing what netcat and wireshark receive when the malware runs reveals that a random 256 bytes appear to be sent as a “beacon”. Malware often utilizes a beacon to let a “command and control” server know that the malware is ready to roll.

What Are This Malware’s Imports and Strings?

The only import that is found is ExitProcess. A bunch of interesting strings are found:

What Are The Malware’s Host-Based Indicators?

Host based indicators include:

Are There Any Useful Network-Based Signatures for This Malware? If So, What Are They?

I am not sure that there are network-based “signatures” of the malware as the requests include random bytes. A network based indicator that the malware is present would be requests being made to www.practicalmalwareanalysis.com.