This blog post has been created for completing the requirements of the SecurityTube Offensive Internet of Things course.

In the first blog post about the Kankun smartplug, the Android application was decompiled and the AES-256 bit encryption key was found. In this blog post:

The setup that is necessary involves: 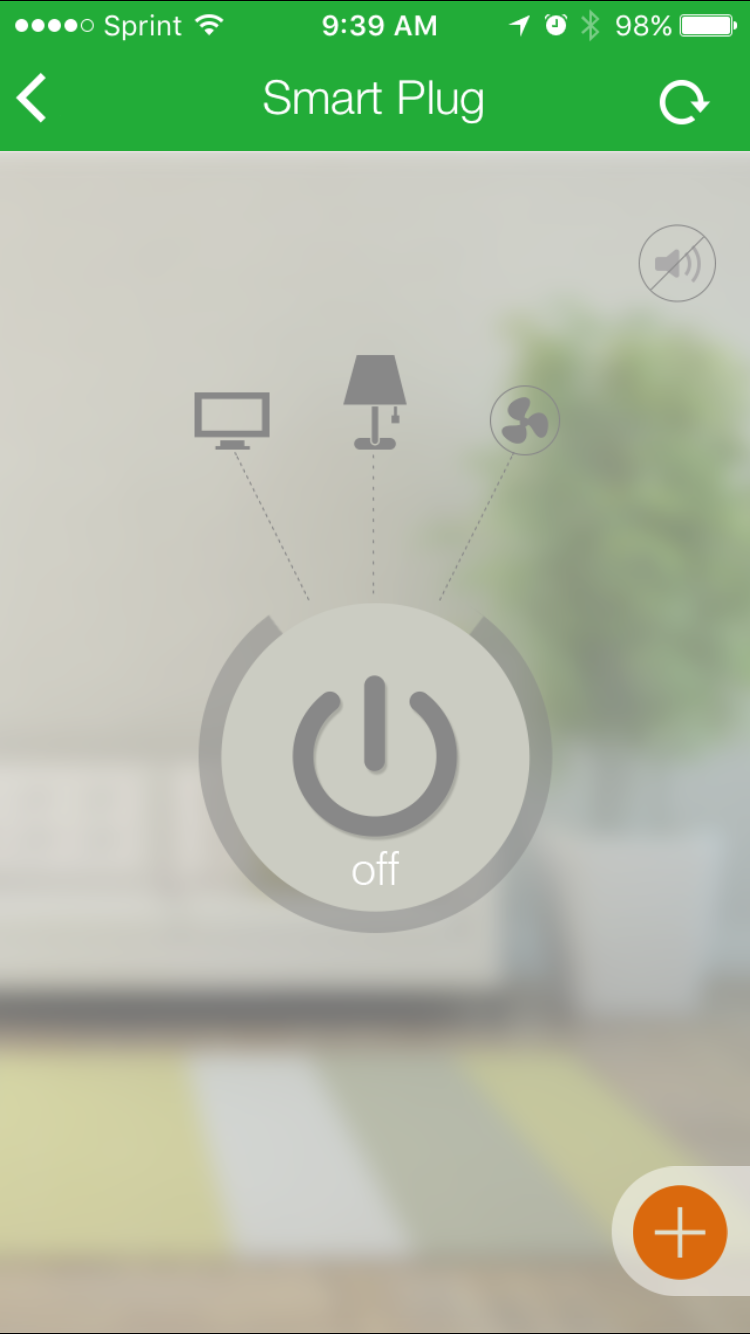 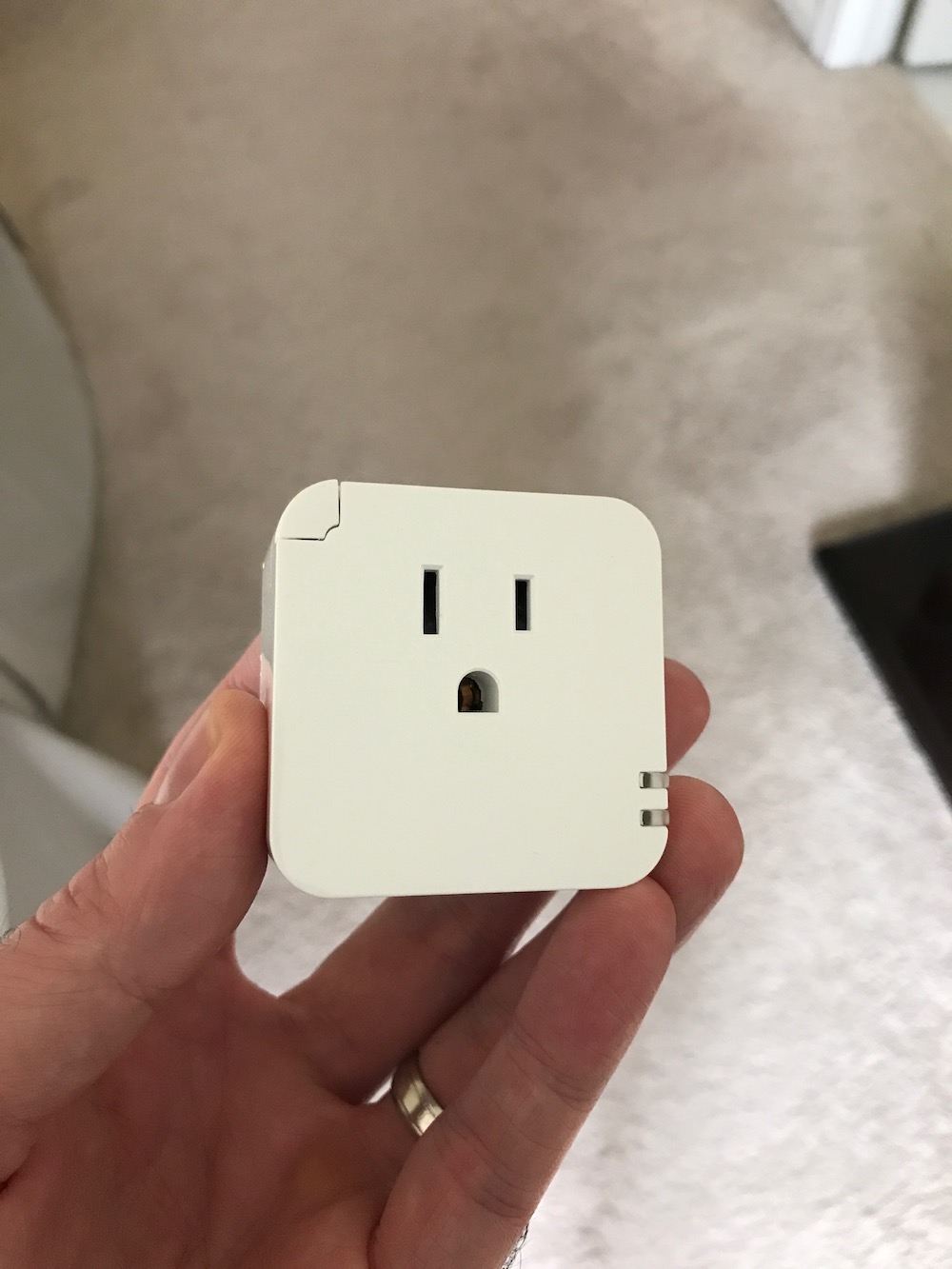 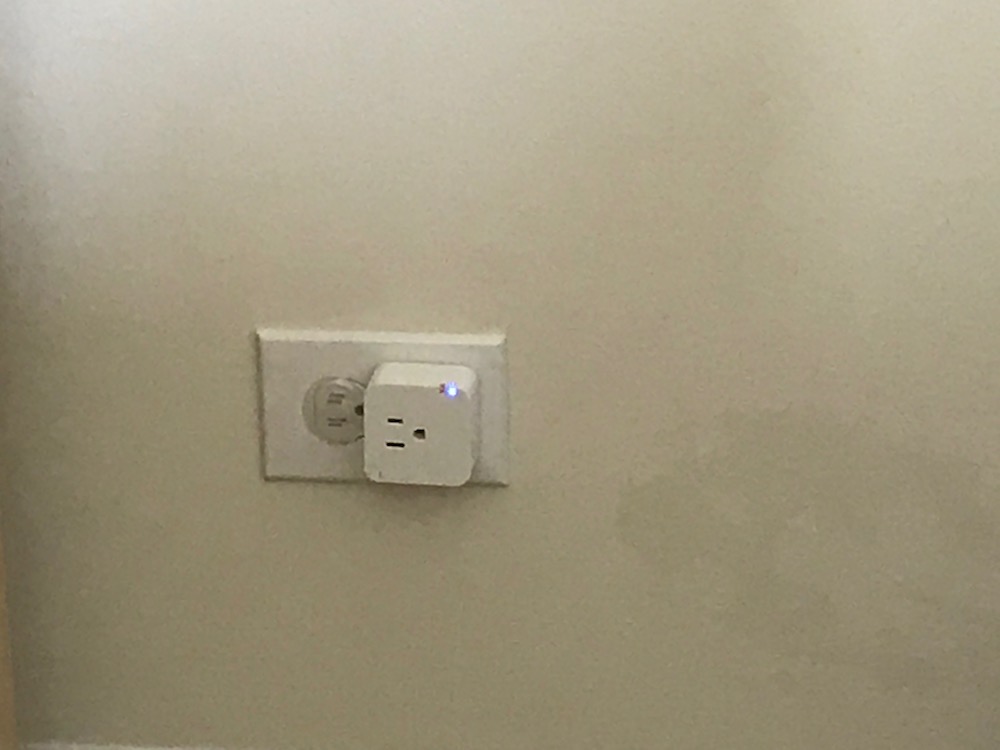 I’ll leave installing the iphone app to the manual that comes with the plug. I’ll also leave monitoring network traffic with Wireshark to the many great blog posts out there on the subject.

With Wireshark monitoring the network traffic, various activities can be performed from the iphone application to the Kankun smartplug and the packets captured. 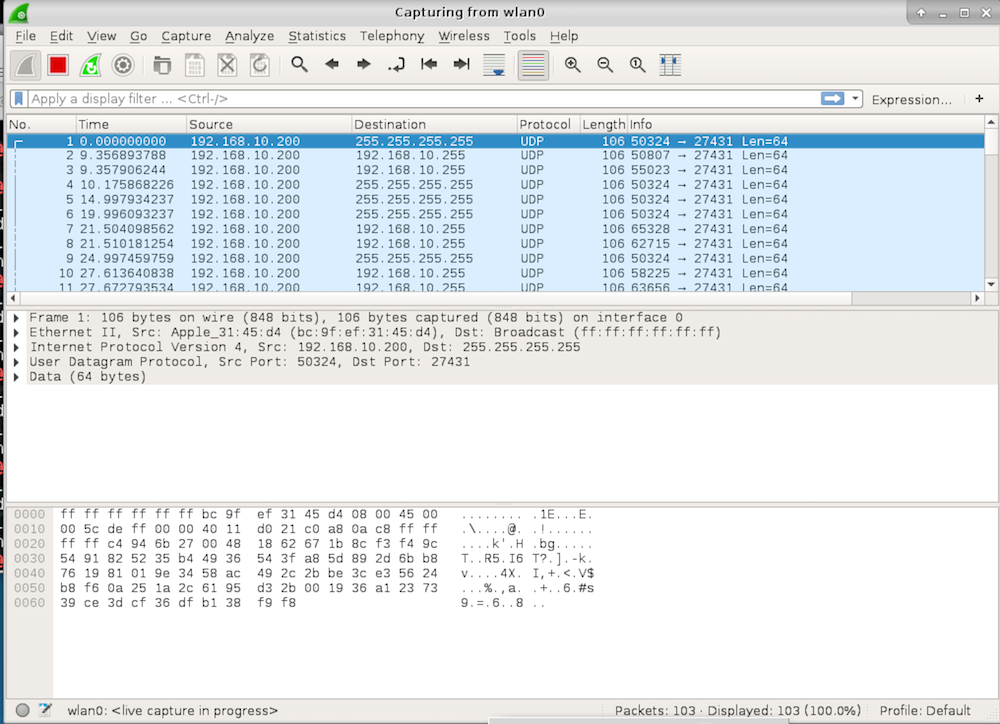 Once traffic has been captured within Wireshark the UDP packets can be copied as a hexstream and decrypted. In this blog post I will utilize a script by “Payatu” to perform the decryption. There is something that is not really covered specifically within the Offensive IoT Exploitation course and is important to the success of the decryption.

When UDP packets are copied as a hexstream from Wireshark, the hexstream will include the whole UDP packet. As seen on the User Datagram Protocol Wiki Page, there is more to a UDP packet than just the data being sent to the device. Source and destination ip addresses, packet size, checksum, etc. are all part of the packet as well as the data. Within Wireshark, when different sections of bytes are hovered over within a packet, the status bar at the bottom of the screen will indicate the various pieces of the packet. Moving toward the later bytes in the packet reveals the “data” section. This is the section we are interested in decrypting. This means that when the bytes are copied as a hexstream, that the bytes will need to be trimmed down to only include the data. This was confusing at first as I had forgotten about the structure of a UDP packet and I didn’t anticipate Wireshark copying the whole packet as a hexstream.

As part of the Offensive IoT Exploitation course, the instructor demo’s and provides a copy of a python script kcrypt.py. This script is fairly straightforward in that it takes a series of encrypted strings and an AES key and then proceeds to decrypt and print out each of the decrypted strings. The script is reproduced below with the various strings that were captured from the UDP packets:

After running this script using the AES key found in the Android apps .so and the data that was captured from listening to the traffic between the app and the device, the following results are found:

After decrypting the data it is apparent as to the structure of the commands that are sent to the device. Utilizing this information a script could be created to mimic the functionality of the mobile app and manipulate the device from a computer. In fact, that is just what “0x00string” did with the Kankun controller script located here. Configuring the script with the proper ip and mac address of the device allows for manipulation of the device just as though you were using the mobile app:

Awesome! We can now control the device from a computer.

This particular exercise was quite fun. It was really exciting to see the analysis of a device lead to the ability to remotely control it from a computer.